both EPs on 1 cassette 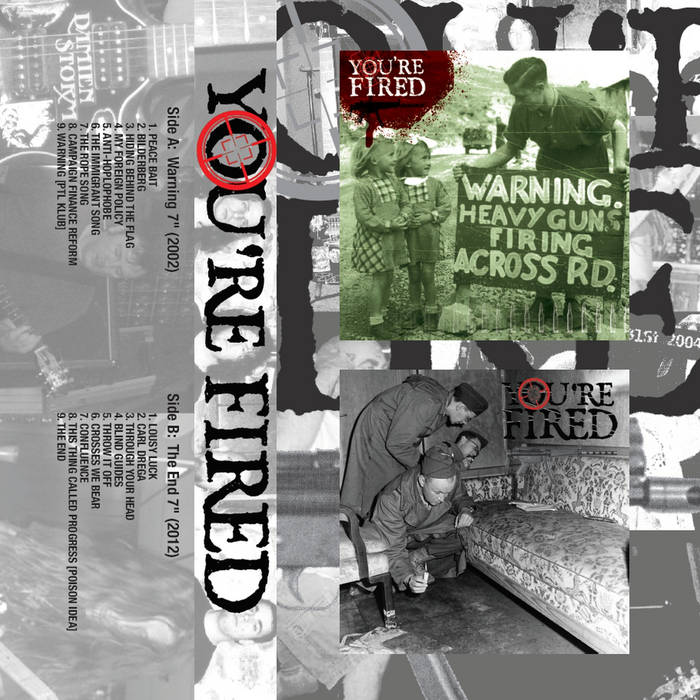 You're Fired's "Warning" & "The End" EPs together on a one-time cassette pressing limited to 100 copies. Go to doomsdaystodayrecords.bandcamp.com to get yours!