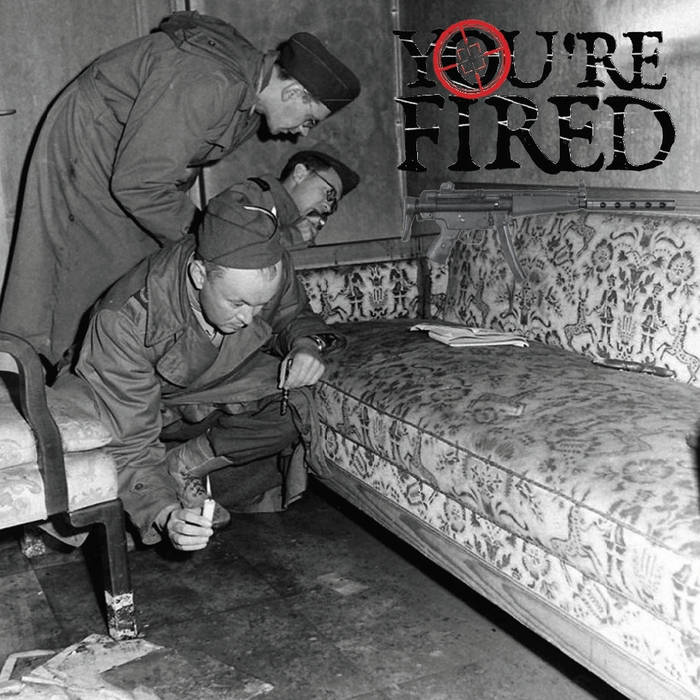 We took many strides to make the recording as authentic to the real deal as possible: Seth’s favorite engineer, in his favorite studio, with Seth’s long-time guitar, using the same amp head he borrowed from me for the first EP, and even using picks Seth had used. And, as always, NO pedals or effects of any kind.

We also filled the room with stuff Seth loved. First and foremost, his mom. She was there for the entire recording, and even helped out with backing vocals on "Crosses We Bear" (thanks Barb)! Her beau of the last couple decades, Jack, was there too. After setting up the equipment and mics, we made the room invoke Seth’s life. On the
amp, I had the original art from an old Satan’s Warriors shirt, and draped over the side, his leather jacket from when he was a teen. Barb also brought over a jacket he wore as a youngster (like, in his single digits). On the walls, I put up a bunch of things Seth kept with him literally for years: a Village People poster from one of the albums, the huge cardboard standup for the VP’s Live and Sleazy album, the firing range target that looks like Katon from HIRAX that I gave Seth in the early-’90s (we love HIRAX, Hail Katon), a couple promo 8”x10” photos of Damien Storm, the huge, felt million-dollar-bill depicting some generic black guy holding a fan of dollar bills like a goon (Seth bought it from a mall kiosk of photo novelties; he wanted that one off
the display), and a few other things. I also brought a stack of CDs of bands that Seth loved, just to have them there. Shortly before we started, it struck me that we should put one of the room mics up to the Live and Sleazy promo--we put the mic right up to Glenn Hughes so that we could credit Leatherman with “ambience.” Seth would have
absolutely howled laughing at that... How did we not think of doing that before? Our buddy Dave came up from CT as well, just as he had in 2002 when the first EP was recorded--so we had the same “hanging around guy” too.

Just like the Warning EP, ALL the music is done LIVE, no overdubs, no doubling the guitar tracks, just a band in a room. In fact, a few of the tracks on this recording are first takes. Besides adding on the vocals, what you hear is what happened, live. I HOPE IT PUNCHES YOU IN THE FACE. We worked furiously on these tunes for months,
hammering everything out until we killed with precision. Although I tried my best to get the tunes to sound like what Seth would have done with them, I do think it lacks that certain “untucked” element Seth had in his sound, but I’m OK with it. I’m just playing his parts because he’s currently unavailable.

More than anything else, I miss my friend. But I’ll be seeing him again.

Recorded and mixed 24 March 2012 at New Alliance by Ken Cmar.